After several years of below average milk prices, and an even bigger drop in the first quarter of 2018, many farmers are beginning to watch every penny. However, this level of monitoring is business as usual for Allen and Mary Kelly of Kelly Farms. Upon partnering with Poulin Grain for their cows nutrition needs, the Kelly’s began working closely with their nutritionist Erik Whittaker to track feed costs on a daily basis. This intense profitability tracking has allowed them to see their most profitable years in the farm’s history, despite the lower milk price.

The Kelly’s participate in many different profitability monitoring programs, including the Farm Credit East Benchmark Summary and the Cornell Dairy Profit Monitor discussion group. However, their biggest strength comes from keeping their thumb on the pulse of their farm’s profitability every single day.

While there are many different ways to track profitability, the Kelly’s choose to monitor cost per hundredweight of milk shipped. “It is simple to calculate using only four inputs, and I can easily track it every day,” said Allen, “at the end of the month I go back and add components and component pricing, but we can’t afford to wait until those numbers are available. Cost per hundred gives me an idea of how our farm is preforming right now.”

Daily tracking even allows Allen to anticipate profitability changes before they happen. For example, due to lower corn silage yields, the Kelly’s were unable to harvest high moisture corn silage in 2015 and 2016. “The need to purchase corn meal as a substitute increased our cost per hundredweight,” said Allen, “however, since we have tracked our costs both with and without high moisture corn, we knew exactly what to expect when we made the decision to harvest our standing corn as corn silage.”

Any farm could track cost per hundredweight the way that Kelly’s do. The trick is to keep it simple, and Allen just uses an excel spreadsheet. There are four inputs:

Using these inputs, the spreadsheet automatically calculates cost per hundredweight.

Not surprisingly, Allen indicated that cow performance is the major driver of profitability. “We work closely with Erik Whittaker to optimize our cows rations and maximize performance,” said Allen, “Total ration cost is important, but me make sure to use the technology and science available to provide the best ration we can for the cows. Our cost per hundred is lowest when our cows are milking well.” Allen Kelly (left) and Erik Whittaker (right) discuss the nutrition and management of the cows at Kelly Farms.

Tracking and improving farm profitability has also allowed them to improve other aspects of their farm. For example, they have a centralized feed center which allows them to feed cows efficiently and accurately. They use a defacer and have excellent bunker silo maintenance to keep forages stable and reduce shrink. They also have a strong focus on cow comfort, and recently installed variable speed motors on their high efficiency fans to both save on the electric bill and better control airflow during fall and spring temperatures.

Just like any family business, maintaining economic viability is critical to a sustainable future. It allows Kelly’s to provide excellent care to their cows, reduce their environmental footprint, and be contributing members in their community. It also gives them a competitive advantage, allowing them to produce food for their family and yours for many years to come. 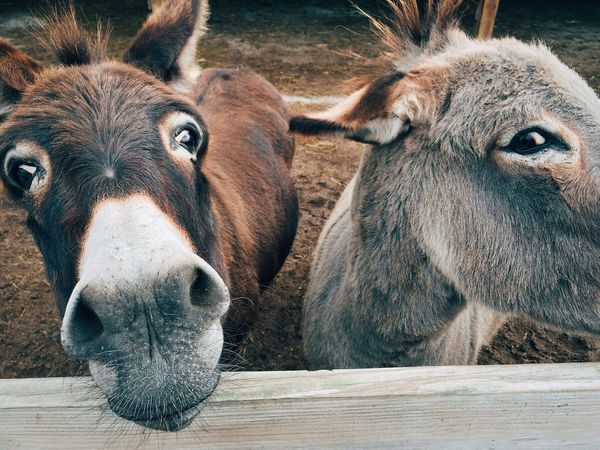 Mules & donkeys are members of the equine family along with horses, ponies, zebras. Most people think you can feed them a diet similar to horses but in lower quantity. 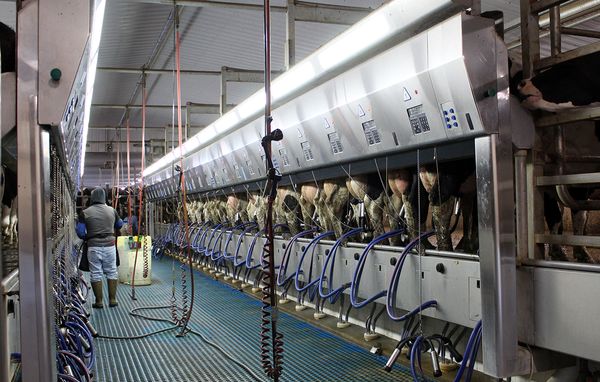 At Butterville Farms, healthy and comfortable cows are the top priority. For twelve hours a day, cows relax, lying on foam mattresses bedded heavily with recycled paper. There is fresh